Don't Try This At Home


The printer I got on Black Friday in Ridgecrest. I love it! Love that it's all white. So fancy! I already had an eBay sale when I opened it up, so I immediately used it to print the shipping label. My eBay store is doing ok, I have 5* reviews. There are a lot of reviews about how I wrap the packages. People are very happy about that. I didn't realise that that's a thing. I'm flattered.


I always recycle to wrap packages. I use paper bags, which I would've previously bought while grocery shopping for 10cents each or whatever paper comes with the stuff I win from the shows, as you know, all I do is win!

I appreciate my buyers, they're amazing, not only for buying from me but they always good give reviews.

Speaking of gifts from the shows, this was from The Doctors. It's a foot massage, which I use mainly on my hands. Too much Snapchatting and sht. Add me: TheLovelyBrook and I will add you back.

This time, I needed a face massage so badly, so... 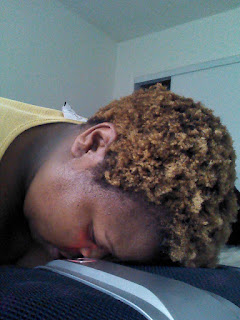 Don't worry, it doesn't smell funny, I put socks on before I massage feet. Don't try this at home!


I was too full to eat the above. It was nice that she dished up for me. I still hadn't met her, she sent the plate over with Calv. They all live in the same street. She doesn't like salt very much, nor spices, so.


Calvin's mom did make these delicious egg muffins with left over stuffing. I wasn't too full for this. This was a different day, for breakfast. Calvin's dad cooks too. He's the one who does all the cooking, actually and I love his food! I love him as well, he's great person.

Apparently, Calvin thought these were male slippers and big enough to fit him but they were neither, so SCORE! so comfy! I do have about five pairs of house shoes but you can never have too many shoes, period!

The shades weren't on sale but they were cute, these are the ones I got just before we headed back to LA. The hat is courtesy of my mom, she made it for me. I designed it, and she crocheted it. My sister, Pumla, made the ear rings. They came with a necklace but I wore that to death.

These sunglasses lasted much longer than the Roccawear I was replacing with them, those only lasted less than a week. What a darn shame!


Calvin and his mom have a tendency of grilling garlic like this and serving the entire thing on a plate for one person to eat. Nah! Too much garlic! I can't. I don't even eat garlic like that, I like it like I like my onion; finely chopped. I don't wanna see it! Needless to say, my share ended up in the trash can. Sorry!


One random morning, I was minding my own business at Calvin's, he was in the shower, boom, there's someone at the door with a take out container. The heck! Is she lost? I never answer the door, even if I'm alone at Calvin's because I never expect anyone. If they're looking for him, they should call him. He's not here. That's like answering someone cellphone to tell the other person, the person they are looking for is not available. That's what voicemail is for!  Anyway, turns out the person at the door was bearing gifts. It's a Chinese neighbor who is a family friend of Calvin's, she owns a restaurant. The food came from her restaurant. It was nice and fresh and warm. So good!


Calvin had taken me out one evening. I just arrived from my place to spend the weekend with him and he told me to wait in the car, he was taking me out to dinner. He came out in a suit, looking so good and directed me to the restaurant, which is not far from his house. The food was so good, so different! So freaking expensive too! The ambiance in the restaurant is really romantic, it's nice and dimly lit.

I had dessert. Calv didn't. It was really good. I had to! It was something I had never had before and I'm all about that! Vanilla ice cream and something else.

I was booked to do background in Inglewood. Not a long drive from Beverly Hills, actually! It was a cattle call and our lead was a young girl. I met a nice guy, we talked about all kinds of things. He told me how he moved to LA to pursue acting and left everything behind. He sold his 3 bedroom house and everything. He struggled so much not getting gigs in Hollywood and ended up sleeping in his car. He's ok now, more than ok. He does all kinds of things and has a new car, he says since he bought his new car, girls have been throwing themselves at him. He's looking at them sideways because they wouldn't give him the time of day when he was driving his busted car.

I told you she was a young girl haha. So cute! I never got to see the finished product. I hardly ever get to. Usually people will see me and send me links on social media which is fun or else I may never get to see anything I'm in.

The taste was as good and nice and moist as it looks! Some of these caterers are pretty amazing! In fact, I can't think of a time I had crappy food on set.

I hope you enjoyed my random update blog!  I'm about to tidy up, go grocery shopping. I'm booked tonight. I would like to take a catnap before I head out because it's going to be a good one and I wanna have energy for it. Plus, I have to leave early, Friday night traffic! I'll tell you all about tonight in a future blog.