Keeping Calm and Carrying On 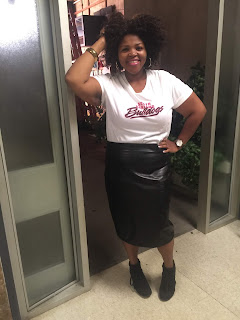 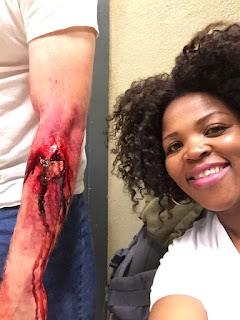 With my husband, Calvin trying to get me deported and his constant yelling at all hours of the day and night and then apologizing 24/7; I still had things to do! For as long as I am still in this country, and still alive, I better make something of myself! Right? I buckled up and kept driving. Above was my first time at the Disney Studios in Burbank. I must say, I was kind of overwhelmed with excitement and gratitude when I set foot in this location that morning around 5/6am. I was playing a parent of a cheerleader in Code Black. I worked with Boris Kodjoe, I have a funny story about him,
but I wouldn't post it here because mama doesn't wanna get sued, chile! Rob Lowe was standing next to me in one of the scenes. How exciting it was to be standing to a guy I have watched season after season on Brothers and Sisters (one of my most fave shows ever!); The Legendary actor, Luis Guzman, sat and chatted with myself and a guy I was sitting with. He talked politics, especially Puerto Rico, the crisis that had happened there. His passion about his home country was inspirational. Marcia Gay Harden was nice and seemed down to earth.
P.S. What you're seeing there is a fake injury, great make up, right? Even I was impressed!
_________ 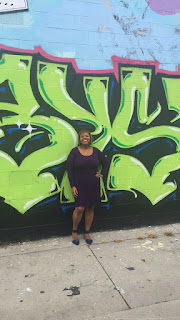 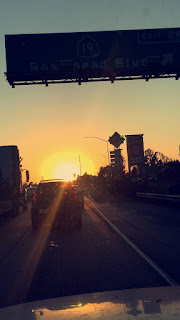 The sun still rose in the East

I booked The Doctor's TV Show. I was lucky enough to find parking within arrival. It's in the middle of Hollywood, so between that and street sweeping, good lucky. But I'm generally a lucky person, so, thank you universe! Speaking of luck, I was lucky enough to get the only copy of Dr Travis Stork's Diet book that they were giving away that day. You know him from being The bachelor back in the day. Now, he's a co-host on The Doctors. 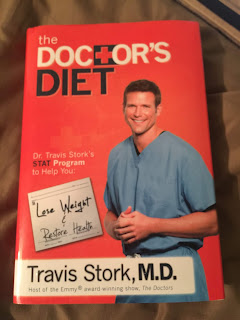 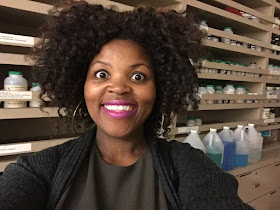 I got to play a Science Teacher. This is me in the lab, looking like I was getting high off my own stuff!

No role could come more naturally to me! I was lucky to have landed this role as I hardly ever book African women roles. I guess I don't look African enough. Funny because I booked a few American roles in South Africa. I worked with one of my favorites here, so this was an awesome day. It was far, being in Santa Clarita, where I would like to own a rental home someday, but it was a Sunday, so smooth sailing. how awesome is my headgear? It's two pieces. I did it all myself! Thanks mom! Wardrobe lady was so impressed. She asked me to do the other African woman and I was only too happy to do so.

Making money is my favorite way of making a living. A close second, being, playing, as in acting. I'm lucky and thankful that these are some of my sources of income.

The above photo was taken in our far, far away location in a real prison. I played a wife who was visiting my imprisoned husband with our son. The prisoner husband has a prosthetic leg in real life, they had him fold his pants up for that scene. I never got to watch the episode, but I'm sure they showed the leg. The guy, in real life, lost his leg in a motorcycle accident. He is pretty much a professional surfer now, with that leg! Makes you take stock of what exactly you're doing with your life. Find me on Instagram @BabalwaBrook and I will lead you to his inspirational page.

You know what they say, Fail prepare and prepare to fail. As a former girl guide, our motto was: Be Prepared, so you will not be catching me with my pants down! No, thank you!

Have you eaten crickets? What do you think? If not, would you? 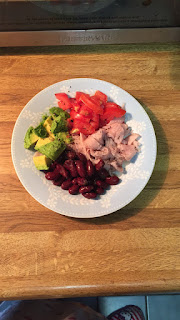 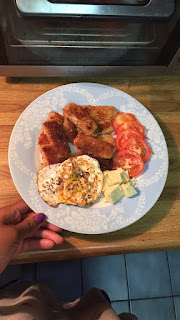 More of my easy breakfasts. I spy hello kitty booties and a pink robe in these pics

I say all this to say, in the midst of all that was happening in my life, I kept calm and carried on, because, what other choice did I have?

I still had a moment to take a filtered snapchat shot. Find me there @BabalwaBrook matter of fact, find me everywhere and say hi. Thanks for those of you who have followed me on my other social media, I see you! 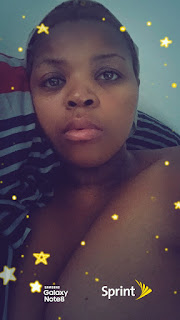 You know me, I love new beginnings. As we end the month of February, take a moment to reflect back on what you have achieved, those that you had worked on and the magnificent outcomes that came out of nowhere; and give thanks. And as we enter March, think about what you would like to achieve this month, be it job wise, weight loss, relationship, emotionally, etc. Write those things down and look at them first thing every morning the entire month and do something everyday, towards achieving them.

Thanks again for walking this journey with me. I gotta head to Orange County for "work".