I was feeling so skinny this particular morning! This was around the same time, I had reached more than 100 lbs weight loss. I went and tried on a bunch of clothes, some of which had never fit me before and guess what? They fit! Case in point
The above jeans had never even stood a chance to fit me but when one day, I was going to do laundry, found these jeans all torn up. He asked me to trash them. Well, folks, one man's trash, is his wife's skinny jeans! 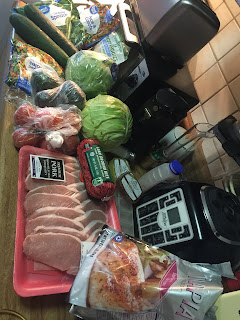 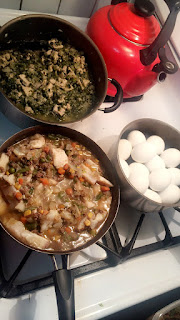 DEPORTATION UPTATE!
As you know, I did whatever I could to try and remain within The United States. I had to keep hope alive until I had exhausted all the options that I came to know about. Who is ever prepared to have their own spouse request they be deported? Lo and be-f*cking hold! One morning, I was minding my own business when I received a notice from The United States Postal Services to expect mail from Immigrations  that day.  I tell ya! I was so happy, I could have kissed the first person I came across! I had to keep this to myself until I found out what was in the mail. I had already gone through an experience where I got excited to be hearing from USCIS (Immigrations), that turned out to be an epic fail. I did know this time, though, in my heart of hearts, that this was going to be good news.

I don't know how many times I must have checked the mailbox this particular day. The mailman delivered around 3pm. I knew this because, duh! And because That's the time around which I used to either beheaded out for my walk, or returning. I would always see him. I started checking from the moment the sun came out. I just kept checking until the envelopes were there. Just like in the other story, I felt for a card in the envelope and this time... there was a card in there. I'm verklempt just thinking about this because, no one will ever understand the emotional roller coaster of being an immigrant in The US, unless they've either been one themselves or had a loved one go through this.

I had been granted a work permit, yall! This reactivated my legal status within The US. Hallelujah! I was so thankful! I didn't know of my family to tell first. We had protected my mom from the stress of the whole thing, so she was none the wiser. I told my two sisters Pronto. They were just as happy as I was. I was touched. Also, sorry and ashamed that I had brought such pain into their lives.

I will be legal in the country, at least for a year. That's a year that I can take a long, well deserved breath! 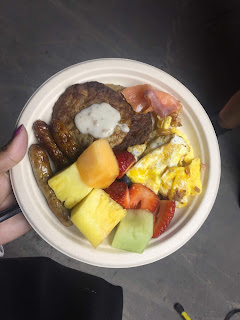 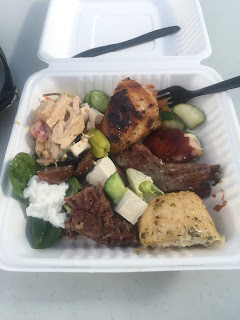 I got to work with Damon Wayans, aka, the guy who played the hilarious dad on the sitcom My Wife and Kids. I used to love that show! Meeting him was such a big deal for me. At this point, I've met a decent amount of the Wayans siblings: Keenen Ivory, the oldest brother was a judge on Last Comic Standing. I worked a few episodes of that show and got to talk to Roseanne, that was a trip! Wanda Sykes was there too. Marlon Wayans was the host of a TV show I worked on called I can do that. Joe Jonas, my fave Jonas brother, Ciara and Nicole Schrezinger were the judges. I remember seeing on this show; the magician duo: Penn Jillette and Teller. Of course, Teller never uttered a word the entire time. 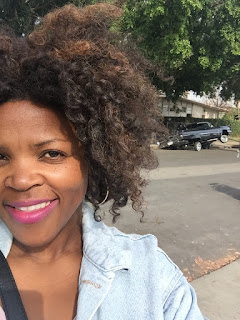 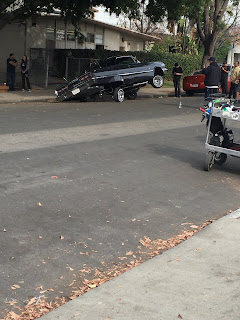 One of the scenes of Lethal weapon. Check out that badass car on two wheels! 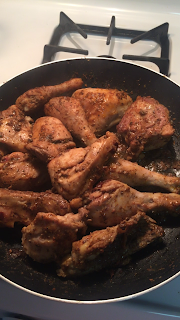 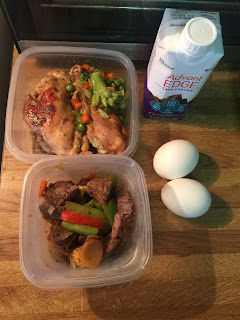 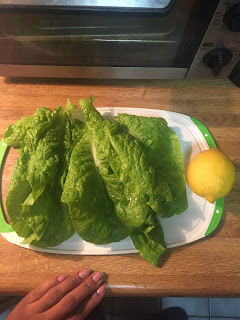 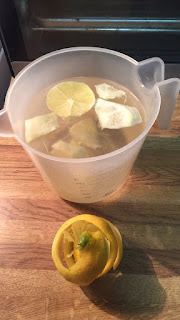 Fresh from our backyard! Thanks bubs!
AS You may know, Calvin, has a green thrumb, so, fresh fruit, veggies, and sometimes nuts from the garden, are the norm! Hashtag Blessed.

Raw almonds, which I tried without much success, to roast. Insert bloatedness and fart sounds. Walnuts and some fingers. I think chicken.

Speaking of which, gotta go do my nails for the week. Let me bounce!

P.S. With the work permit, I also was approved for a travel document, which means I can cross the American boarder and be allowed back in. Joke's on you, Mr Deport My lovely wife!

Love you for reading!

@BabalwaBrook on Youtube and all other social media. Get at me!