A Roach Crawling up a leg!


I got a lot done in Durban, South Africa; from getting my place fixed up, to watching lots of crime documentaries, haha! Tough job, but someone's gotta do it! To going for walks around the area, to reminisce on when I used to live there, many, many moons ago! Everything is so different now! Not necessarily in a positive way!
I went downtown Durban before heading back to Port Elizabeth. Mom and my sister, Pru needed some things from Durban. I tell ya, I was so nervous! I had to have my cell with me to call and confirm a few things and maybe send pics to make sure I got the the right stuff. This was going to be the first time in more than a month that I was in South Africa that I was going to take my phone out with me. Sorry, if this comes across as exaggerated... not sorry! You do what you have to do!

I had the phone stuck to me, I won't tell you exactly how because I may need to use that method of operation again in the future, haha! I took a taxi from where I was, sat next to a nice lady, we had a conversation until we got to my destination. I got off at Market. Where I landed when the bus driver who molested me took me to Durbs from PE. I then walked to the market / swamp meet. Lots of vendors selling similar stuff. I went into one of the stalls and tried on one of the outfits. They laughed in understanding when they saw where I hid my phone. 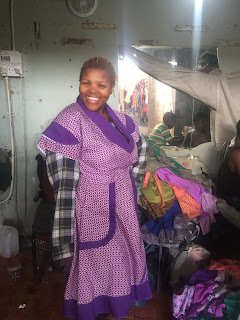 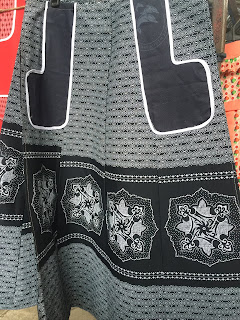 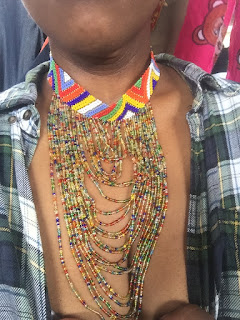 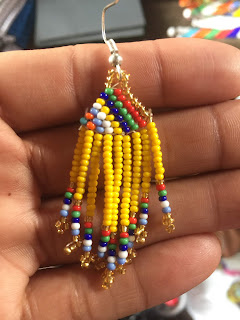 The ladies make (and gents) make these beaded jewels themselves.


Alas, I ended up not buying anything for my family, none of the stuff out there was great, unfortunately! I can chalk that up to the reason things are the way they are in SA (South Africa) in general, the economy. If they make things cheaply, they don't have to charge a lot, therefore, chances of making that sale are higher. But sucks for those who are looking for better quality stuff. 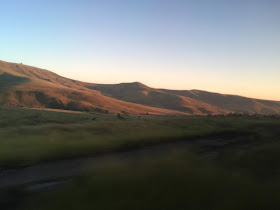 Views along bus ride
I found myself in the herbal area on my way out. I tell ya, the place ended up being a maze after all! The things I saw up there, I wish I never did! Giant roaches crawling up people's legs, shit like that! I still cringe at the thought.

I saw a lot of poverty in Durban, of all the cities I had been to during my vacation. I handed out a few bucks here and there, unfortunately, that's temporary.
The supervisor or whatever you call the person at the office in condos and I had a meeting. Well, there were several. Whenever he saw me, he wanted to toot his horn at how much the building needs him, blah blah blah. I told him that I had listed my place and would like for him to just walk prospects in and out and refer them back to me for the rest. My contacts were on the ad and I would just tell people the same thing when they wanted to view the place; to contact me back after they'd viewed it.
________

I headed back to Port Elizabeth, in time for my mom's birthday. 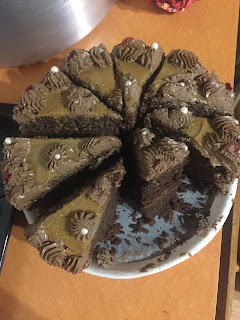 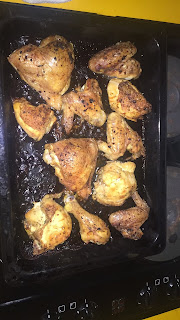 My sister and I went shopping for it, cooked and all that. My other sister was at the house, she helped out in the cooking and the eating.
We ate and I did some packing, repacking and reshuffling. There was so much stuff and I was trying to fit everything into less luggage pieces. I took some of the things I had left at home forever ago as well. But I left a lot of the stuff I had brought with me. Thanks to all those who supported my business!

Bright and early, we had to get up ad head to the bus stop.

All road were leading back to America; not by bus, of course! Cape Town First! I ate junk during birthday, following morning AND on the bus ride to Cape Town! There goes my low carb diet! Haha! I didn't feel half bad though!
Just before we arrived in Cape Town, we were hungry again. At this point, it had been about 8 hours on the road. We bought pot pies / meat pies and fried chicken. I drool  at the thought! I think everything tasted extra good cos I was hungry! We ate some and took left overs home.

We got picked up and driven home. Whew! Long Ride! Especially for me, who couple days prior was on another trip from Durban, for 16 hours. That's a lot of hours on the road! What's the longest you've ever driven or traveled by car or bus / train?

I needed to stretch my legs, so I asked Pru to come along for a quick walk. She was down! That's what I love about my siblings. They area always game for exercise. In fact, I was the one who would drag my feet, growing up! We went for a walk in the estate. It was nice and relaxing. We played swings and laughed and bonded.

My bed in Durban. I told you, I had been camping!

@BabalwaBrook on all social media including Youtube. Get at me!